Stitched film is a documentary that gives audiences a peek of quilters that are competitive. It finishes and starts with the Houston quilt show, the biggest event in the country with more than 50,000 quilters in attendance. Who’ll win Best of Show? She’s using her quilts to emphasise some of the social and environmental ills of the world. 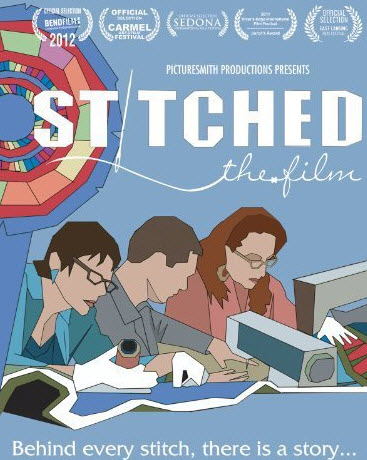 Randall Cook’s quilt showing man nudes was presented in an article about quilts that were shocking. A 3-minute version of the documentary won second place in June at the Aurora Picture Show’s Incredibly Shorts Festival. All three race to challenge their quilts, occasionally juggling professions that are active.

Stitched has won a grant in the Austin Film Society. It’s scheduled to premiere at a quilt show in Cincinnati in April, and it is going to screen a dozen times in Paducah, Kentucky, where among the greatest stop show’s in the state is held.

The Stitched team wants cash to cover the duplication of the more than 5,000 DVDs made for you will get charged a bit more than $1 for the creation of each DVD. We should sell documentary buffs, art fans and quilters the movie.

In the picture, we follow three well-known (and arguably ill-fated) quilters as they get prepared for the forthcoming International Quilt Festival in Houston, Texas. That is the biggest quilting festival in the nation, mind you, with 50,000 quilters participating each year.

Hollis Chatelain, Randall Cook and Caryl Bryer Fallert each has a fashion that is unique, and each pushes at the bounds of quilting which is traditional, eschewing block designs and pastels for forms that are brilliant. For example, Chatelain paints right onto her quilts, while Randall Cook’s quilted gems present Adonis-like man nudes in movement.

Because “Stitched” shows a brand new universe of quilting that would cause your beloved auntie to have a fit don’t let your vision get clouded by your view of old woman quilters.